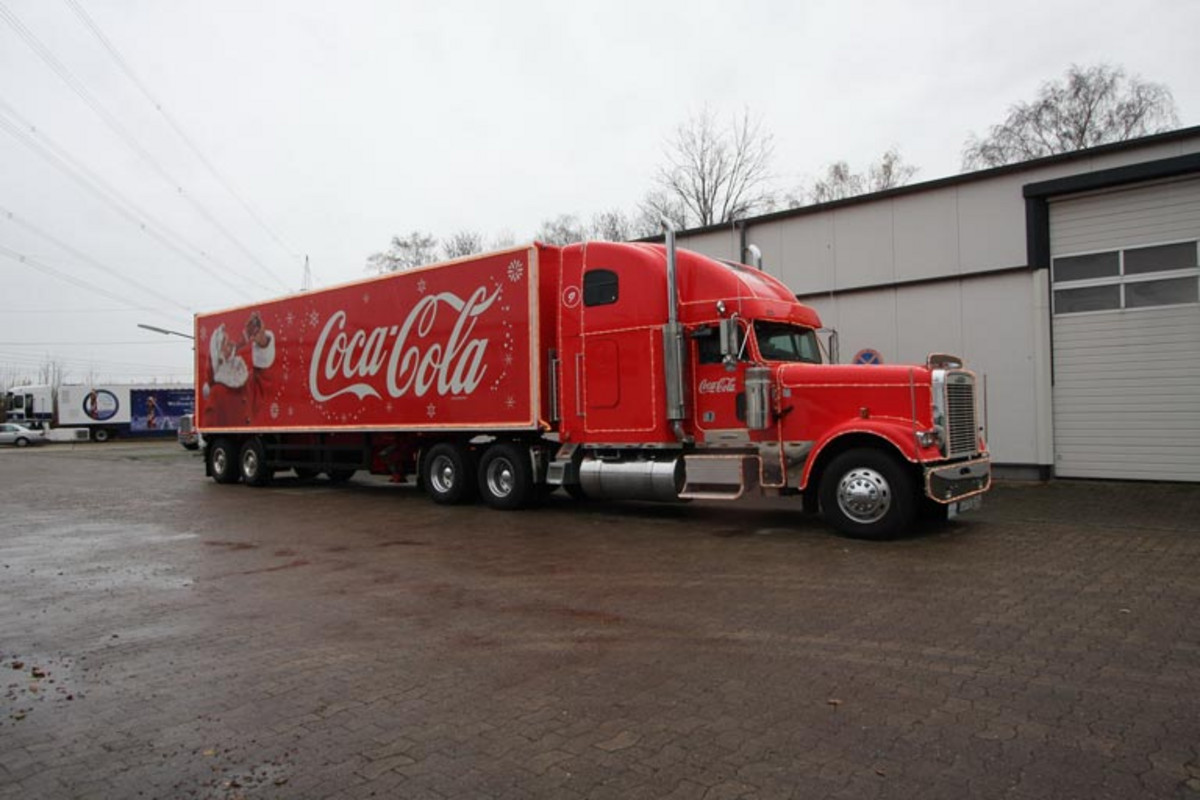 Since 1997, the impressive Coca Cola trucks have been touring Germany, causing amazement and smiling faces.

For the 20th anniversary, this year there will be a very special tour. As in the premiere year 1997, a column of five show trucks driving in a row will light up the streets and city centers and give the pre-Christmas season a touch of magic.

The festively decorated giants will set off on 26.11.2016 and drive to five major cities. In addition to Santa Clause, a gospel choir and YouTube stars will be on board to provide an extensive programme.

The final preparations are currently being made and the trucks are being prepared for their big performance.

The Coca Cola trucks can be found at these locations: