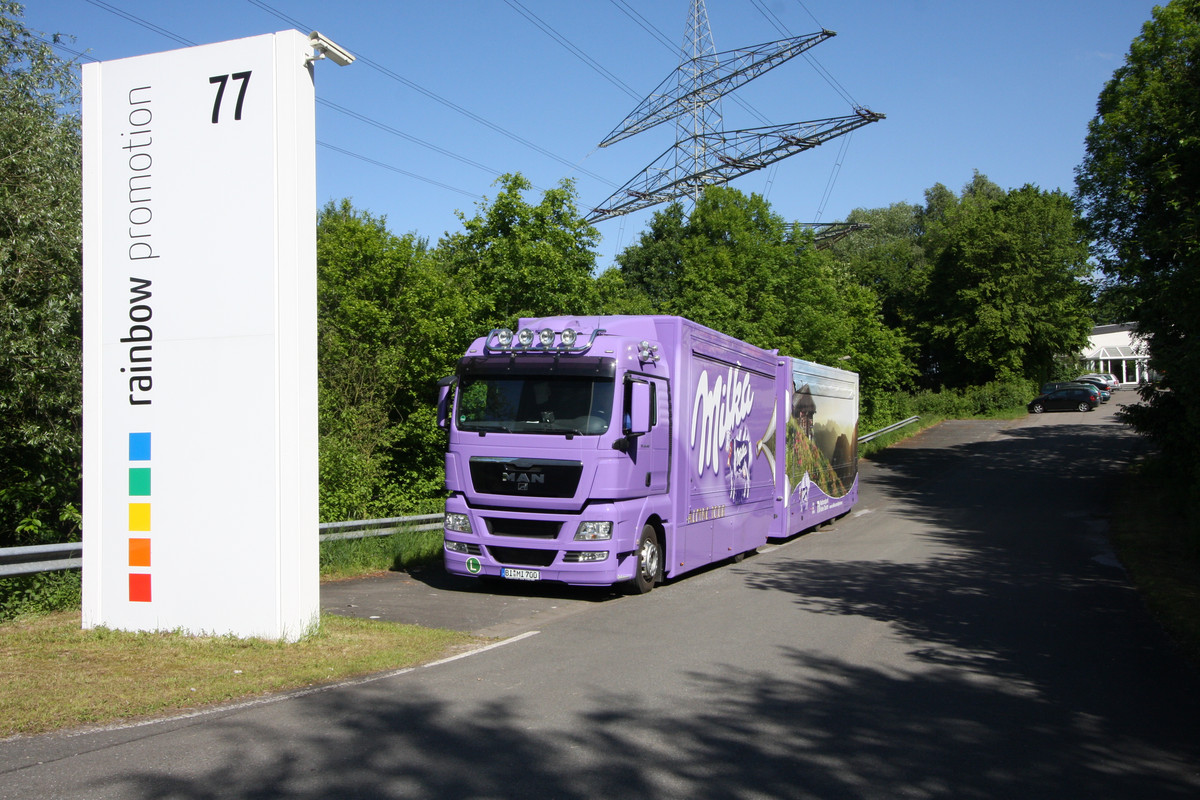 Rainbow Promotion und Werbeservice GmbH has been working for the Mondelez Group (formerly Kraft Foods) since 2001.

In addition to the world's longest rolling coffee counter for Jacobs, the Aufstehmeister truck for Jacobs Meisterröstung and the world's largest mobile sofa for Jacobs Krönung, the Milkatruck has also been part of the project from the very beginning.