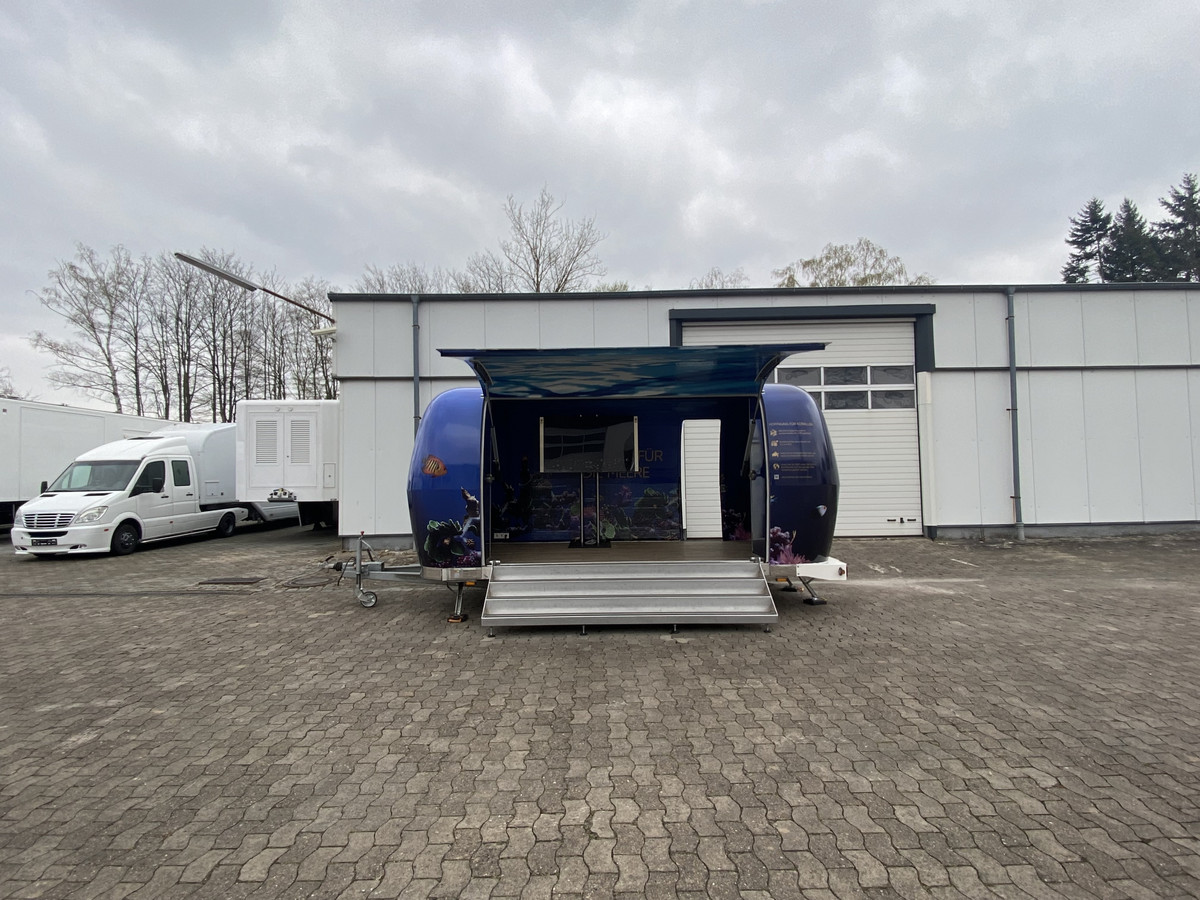 Before reclamation work began in 2019, the coast of Sulawesi in Indonesia was covered in grey coral rubble. To rebuild the coral reefs, steel structures were developed to help the corals grow and rebuild. These structures are called Reef Stars and in  SHEBA HOPE REEF Projekt

project they have been arranged as the word "HOPE", for all to see. Now the corals on the Sulawesi coast are growing colourfully again, representing the hope of the coral reefs.

Since the beginning of the project, 840 Reef Stars have already been planted on Hope Reef, where 42 coral species are now growing again. In addition, fish abundance is predicted to increase to over 300%.

Now, in order to make the project bigger and more public and possibly attract new partners, Sheba went on tour for two months in May with one of our EggStreamers. The EggStreamer served as an eye catcher and was meant to draw attention to the project.

The EggStreamer was decorated inside and outside and thus drew attention to the problem of the dying coral reefs.