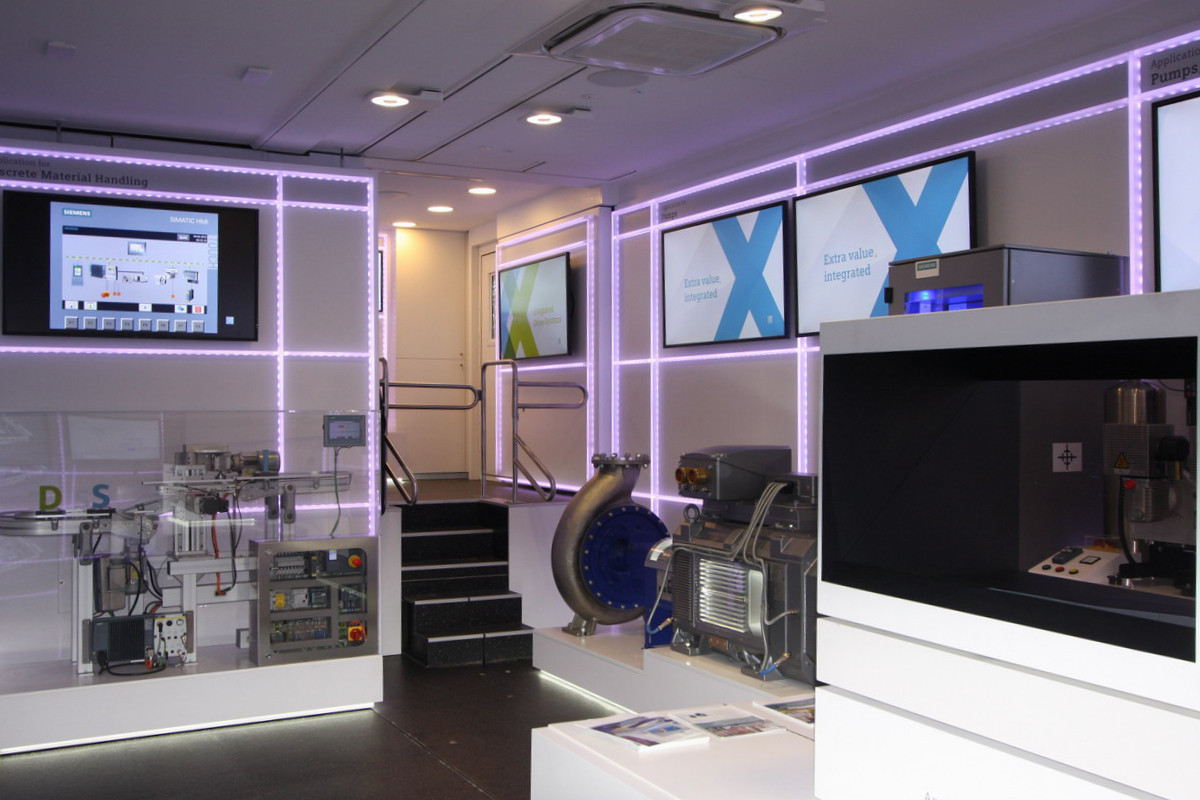 "The whole is greater than the sum of its parts."

Integrated-Drive-Systems (IDS) from Siemens follows exactly this holistic idea and creates an increase in availability and efficiency for applications in the industrial environment by integrating drive systems.

The matching information vehicle, the truck for the Siemens IDS Roadshow, which will be on the road under the motto "Extra Value Integrated" at trade fairs, industrial events and information events, initially until June 2016, was realised by Rainbow Promotion

An interesting article on the subject is available at this address, as is a film clip with the Siemens IDS truck from the automation trade fair SPS IPC Drives 2014.

The IDS truck will be on display at the Siemens stand at the Hannover fair from 13 to 17 April 2015.