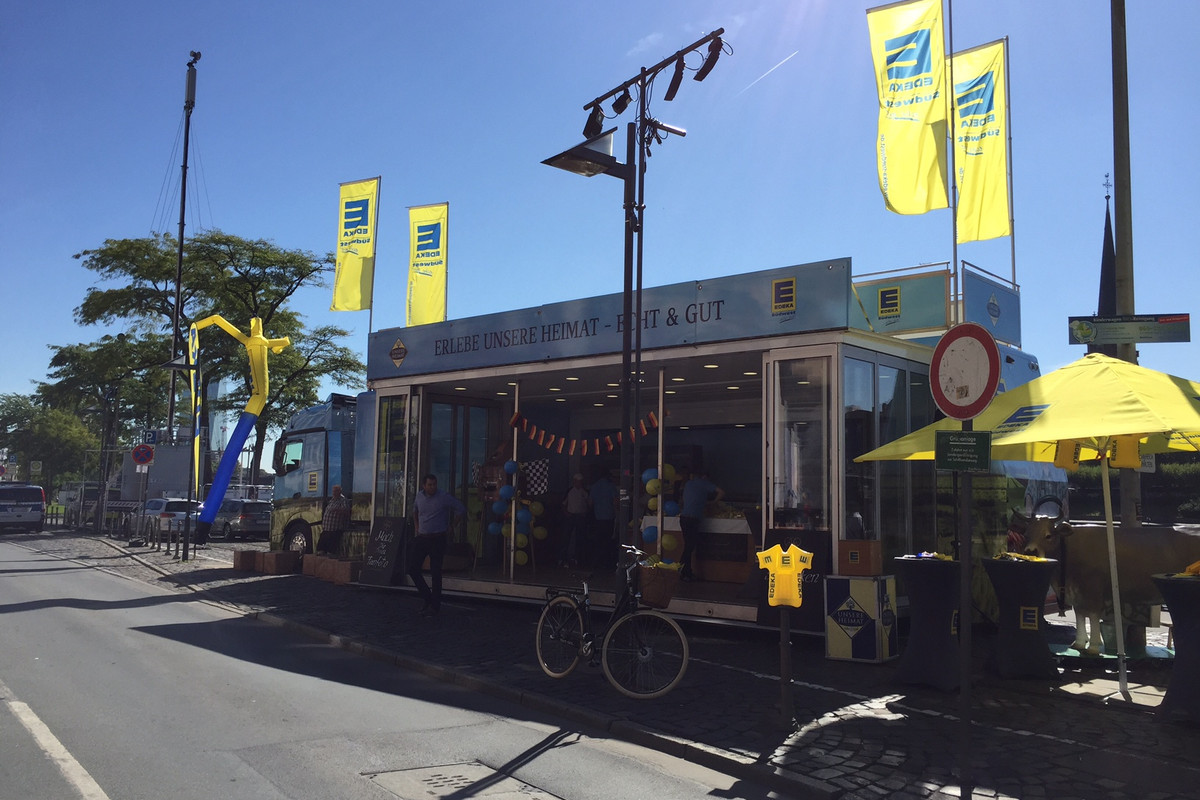 ... was ceremonially received at Frankfurt's Römerberg after returning from the Olympic Games in Rio on 23 August.

After the Olympic participants had signed the city's Golden Book, you will be welcomed from the balcony of the town hall by the approx. 8,000 visitors who romped around the square and the fan mile.

Edeka was as one of the main sponsors with a Rainbow Promotion provided the appropriate promotion trucks for this great event.