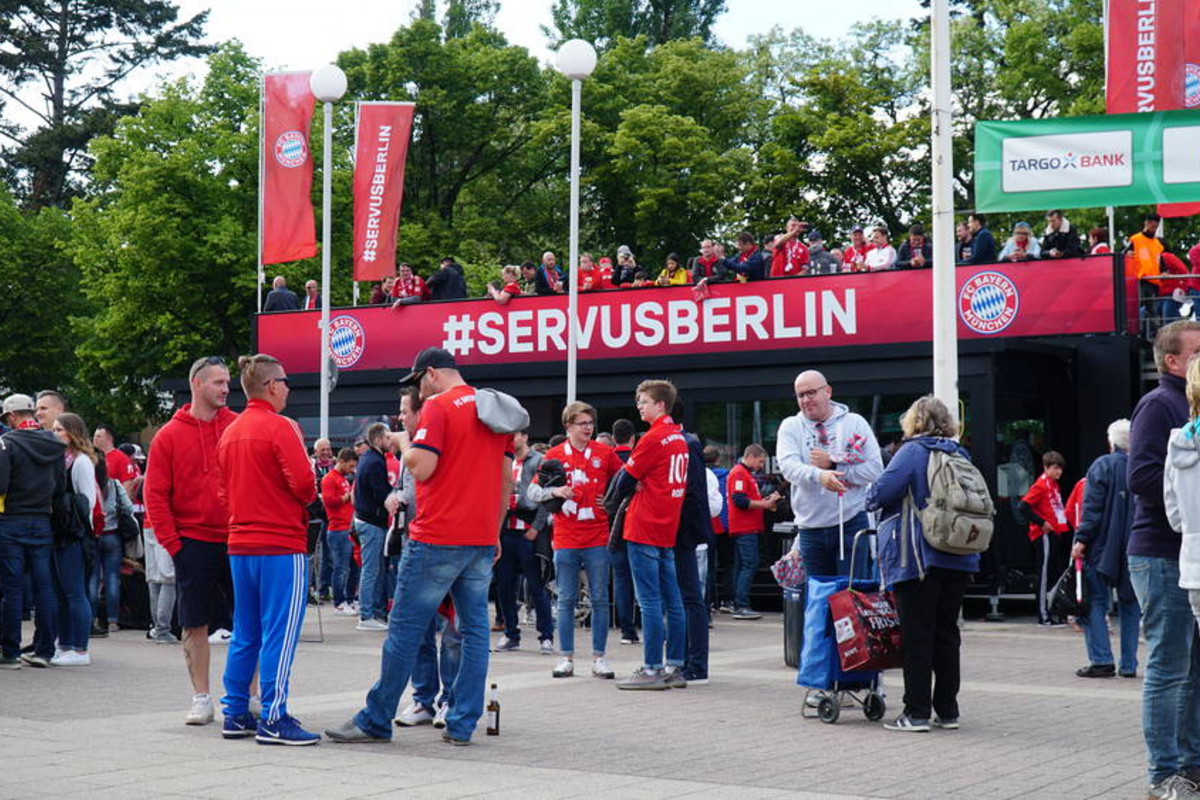 The Showroom and InfoWheels set off for Berlin and transformed into a mobile FC Bayern fan shop. Both were branded in Bavarian red and became the fan fest's merchandising highlight on the Olympic Square. Inside the showroom, a jersey flocking machine and photo box with cup props provided the ultimate brand experience to their fans' delight. The InfoWheels presented a large assortment of fan articles thanks to the shelved wall and serving counter. The crowning finale on Saturday evening was FC Bayern's 3-0 victory over RB Leipzig.

Rainbow Promotion congratulates the victor and looks back on a great promotion event in front of the Berlin Olympic Station.