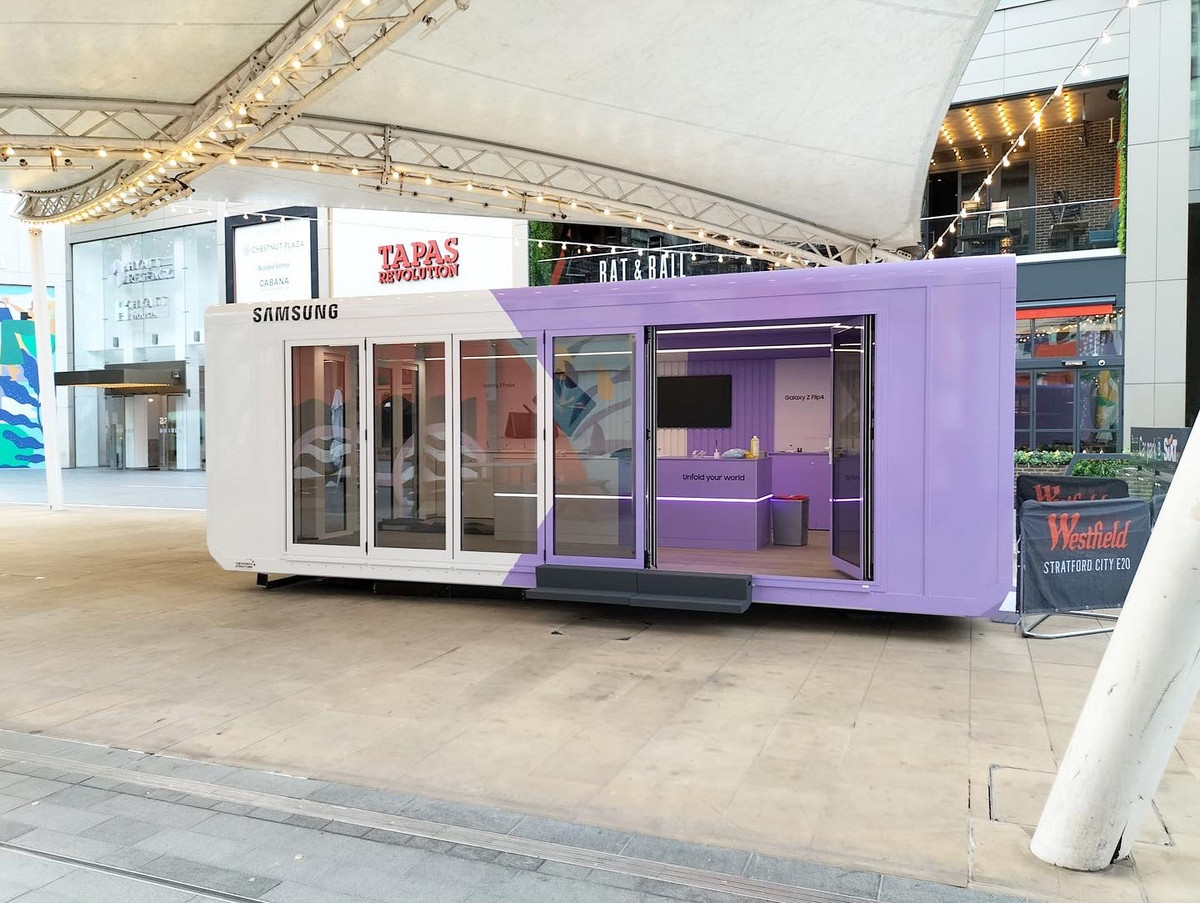 Last year, Samsung not only went on a promotion tour with its own roadshow in the UK and the Netherlands, but also in Germany. The Expandable stopped at selected universities for a whole week to present the new Samsung Flip smartphone.
This module is ideally suited for such a project, where many locations with many test users are approached and a quick implementation is guaranteed.
Interested parties were able to try out the new phone and take a selfie in front of the photo setup, which depicted an upside-down dorm room; how fitting! In collaboration with Red Bull, everyone also received a small refreshment for participating
There is so much more to these showrooms than just good looks. They are amazingly flexible and also very sustainable!