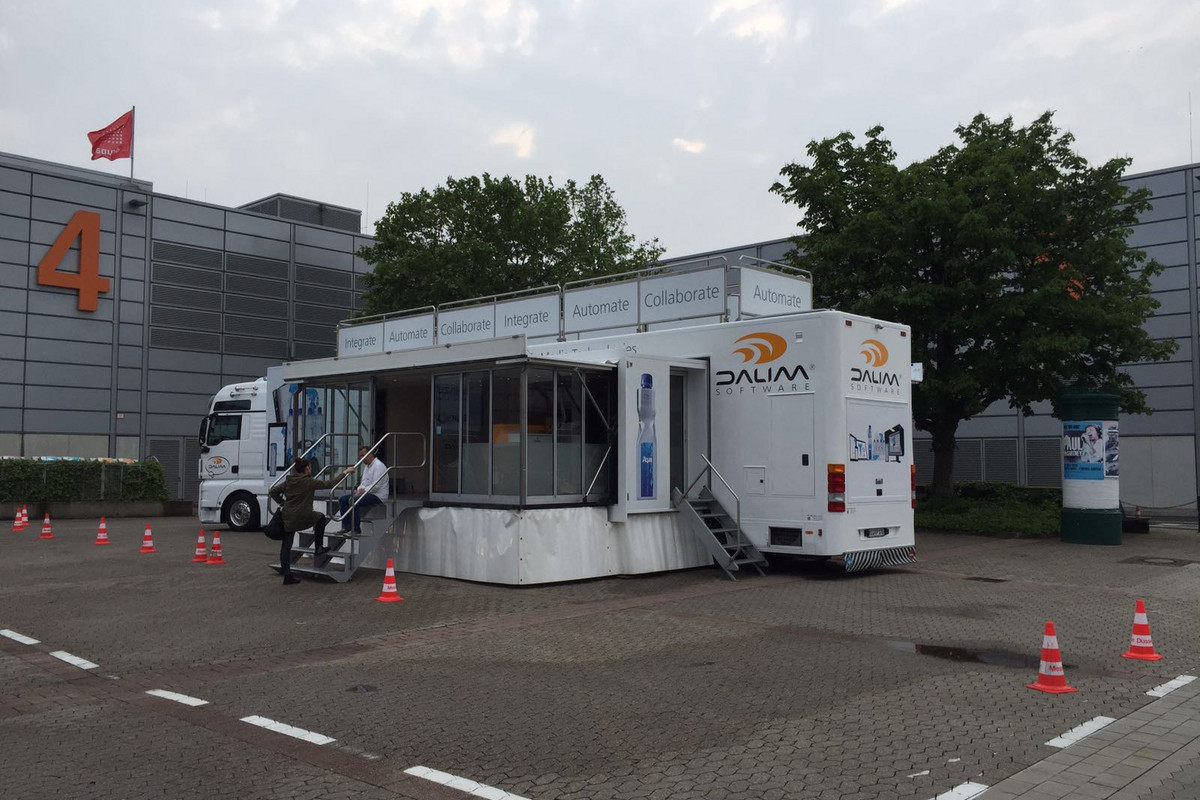 DALIM SOFTWARE GMBH was represented at "drupa", the world's largest print exhibition, with a promotion truck from Rainbow.

The drupa first opened its doors in 1951 and since then has been held in Düsseldorf every 4 to 5 years. From 2016 a new cycle of 3 years will begin. The next drupa takes place in 2019.

This year, trade fair visitors were informed extensively about innovative future technologies and highlight topics of the print sector. The trend of digital networking of machines and systems (Print 4.0) and green-, 3D-printing and packaging solutions were extracts of the extensive range of topics.