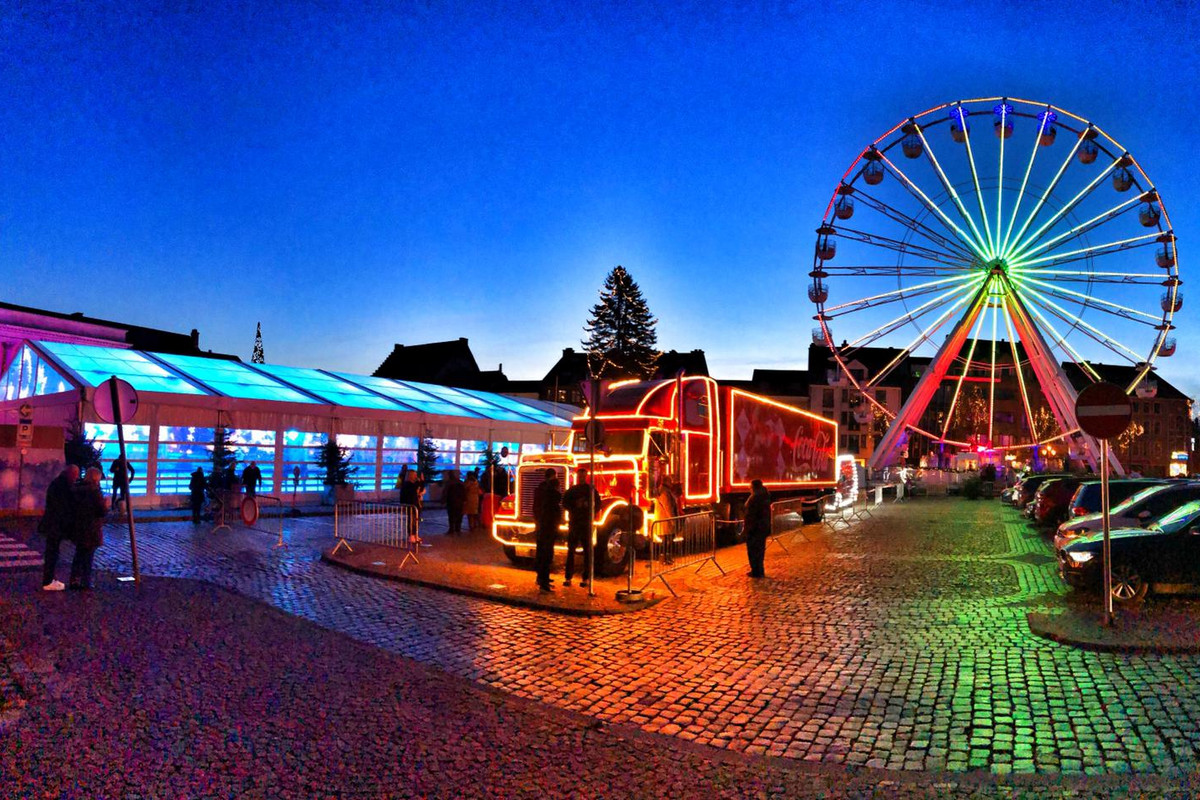 Finally one of the most successful roadshows can take place again, the Coca-Cola Christmas Tour drives to some locations this year, after its break from last year, as usual and makes Christmas hearts beat faster.

The big set-up not only brings along 3 of the brightly lit red Coca-Cola Freightliners, but also everything you need for a true Winter Wonderland: Santa's hard-working elves invite you to a fast-paced virtual sleigh ride with Rudolf and Co. in which you become an elf yourself! Thanks to the latest technology, you are transported to another world through VR glasses and even the sleigh picks up speed and moves according to the curves.

Personalised Coke bottles are available at the labelling hut. Here you enter your desired name on an iPad and é voila: out comes the ready-labelled bottle.
The snow trickles quietly in a giant walk-in snow globe, where you get a souvenir photo with friends and family to say goodbye.

Also this year, the gigantic Christmas tree towers over the entire set-up, illuminating everything with beautiful lights and spreading Christmas cheer. Of course, the "Man of the hour" must not be missing: Santa himself makes the children's hearts shine and diligently accepts the numerous wishes of the children.